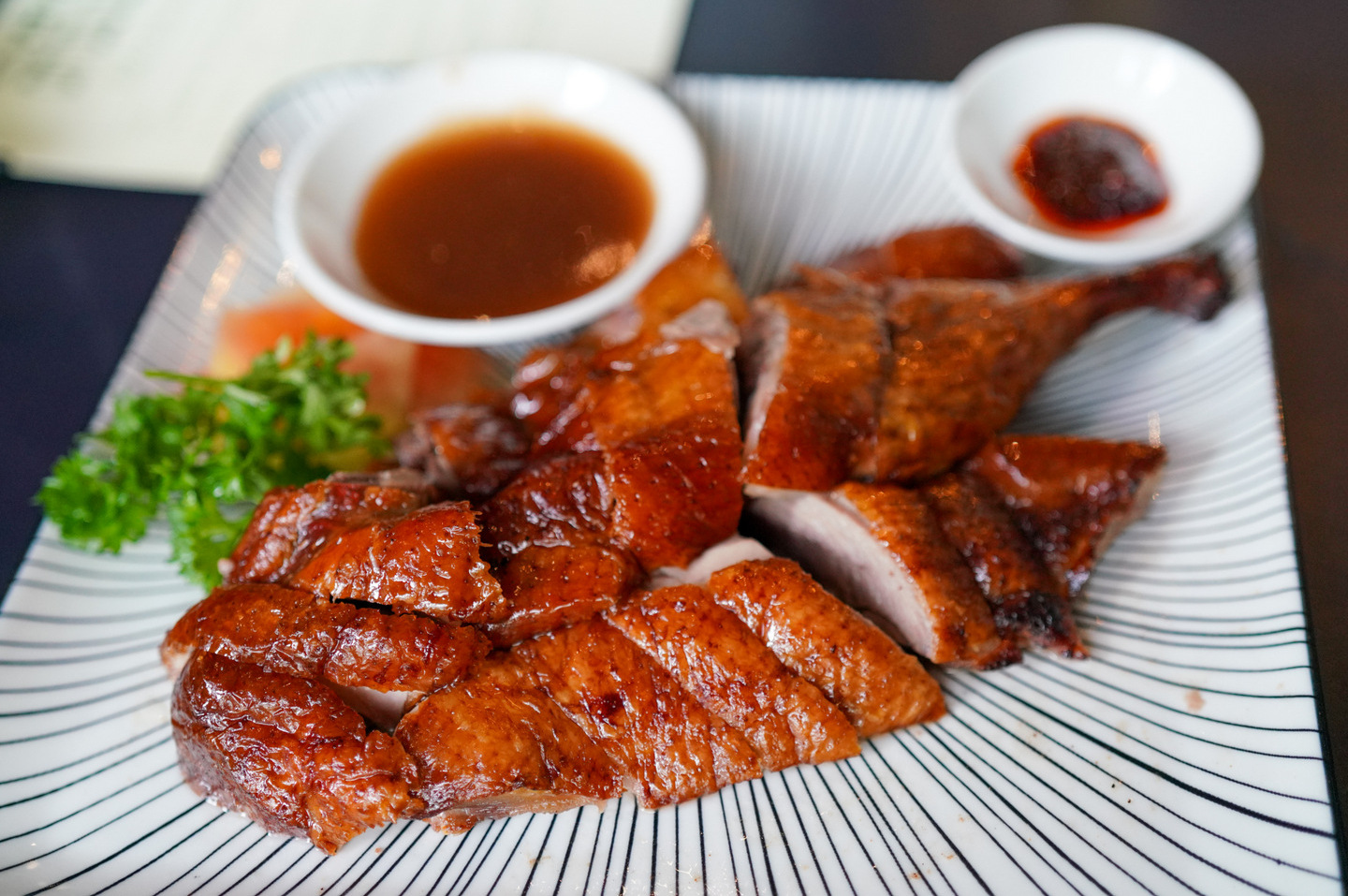 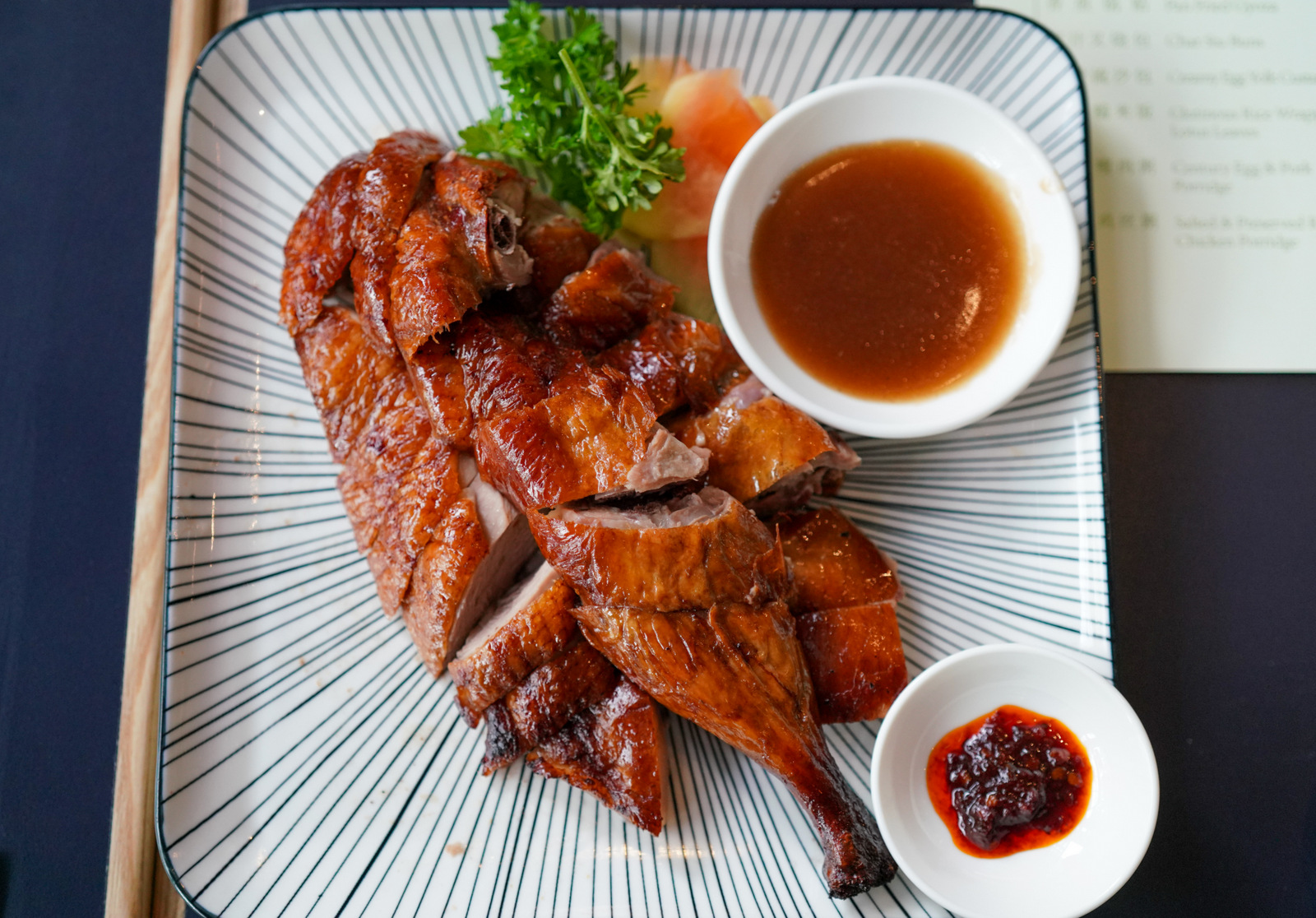 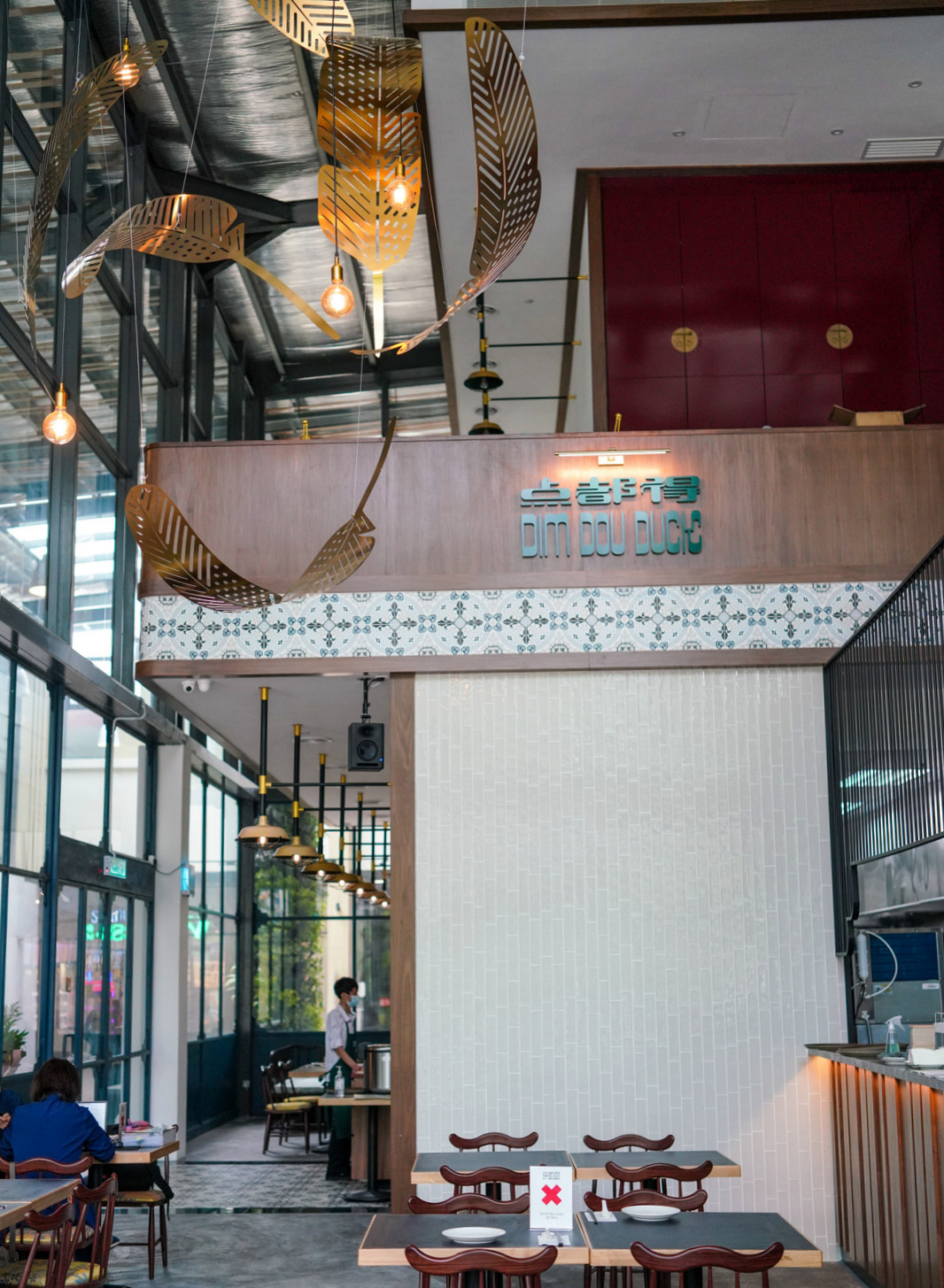 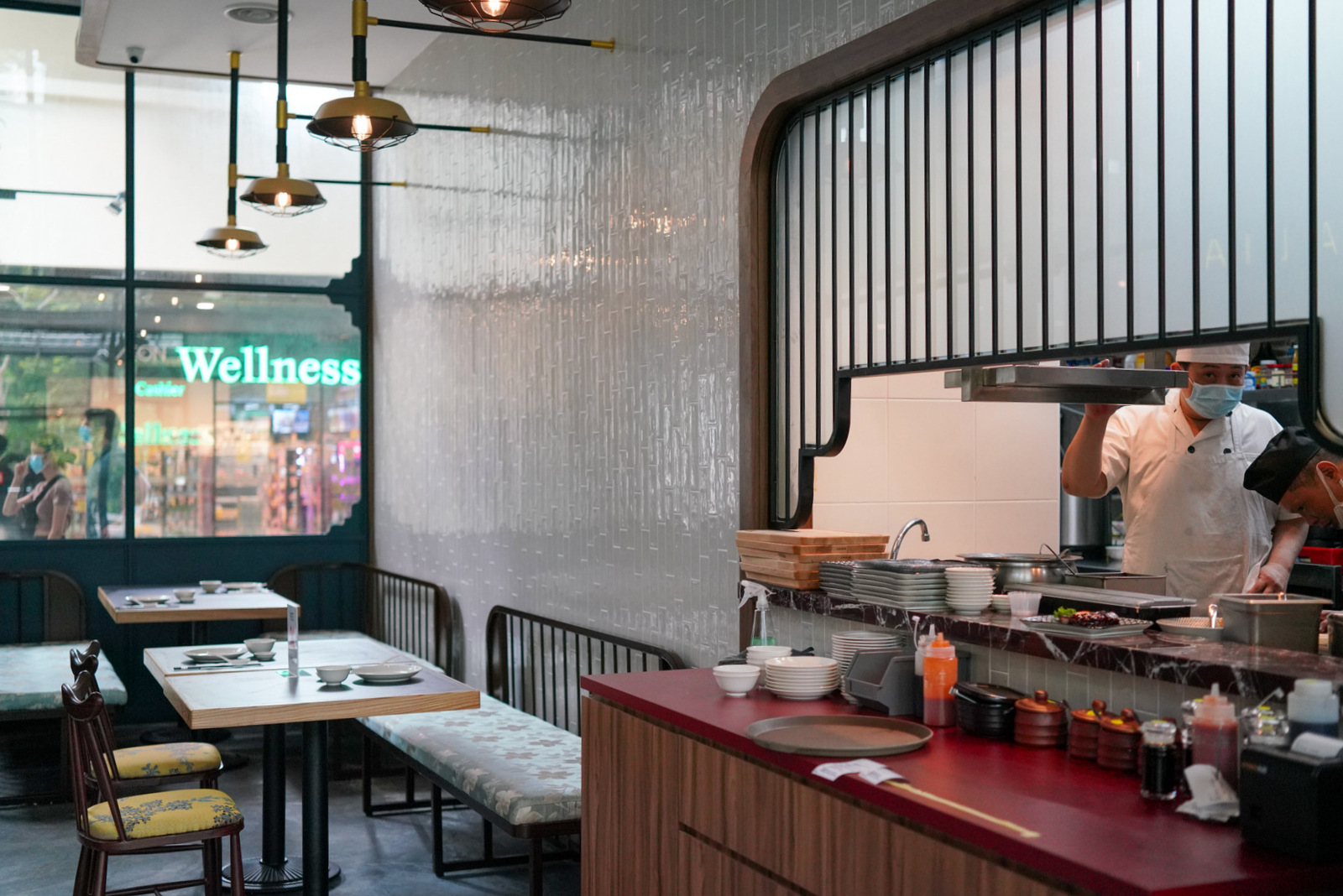 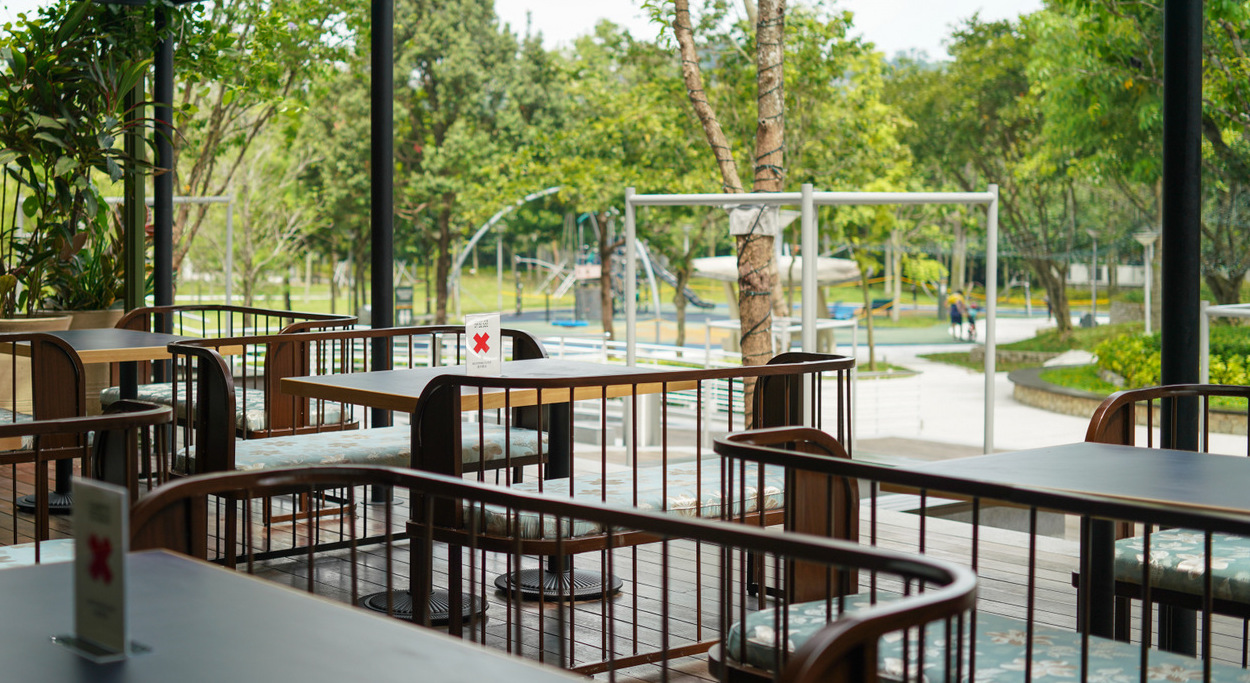 Duck devotees, waddle or wing your way to Dim Dou Duck, where Cantonese roast duck emerges with extra smokiness from a British-built Bertha charcoal oven, blending Eastern traditions with European technology for duck done distinctively.
Dim Dou Duck’s founders include the folks who carve steaks at Medan Damansara’s Stoked, slice out pizzas at Bangsar’s Proof and fire up sourdough loaves at Bukit Damansara’s Smith, so they know how to imbue heavenly heat into food. The kitchen is led by Malaysian chef Lam, whose career in Chinese cooking has brought him beyond borders, even plating up Peking duck in Peru.
Take a table under Dim Dou Duck’s centrepiece of gold-hued, giant feathers floating from the ceiling, in an airy, double-height space that’s still being fitted with decorative flourishes as well as a mezzanine with private banquet rooms, or sit outdoors amid The Waterfront’s gorgeous greenery in Desa ParkCity. 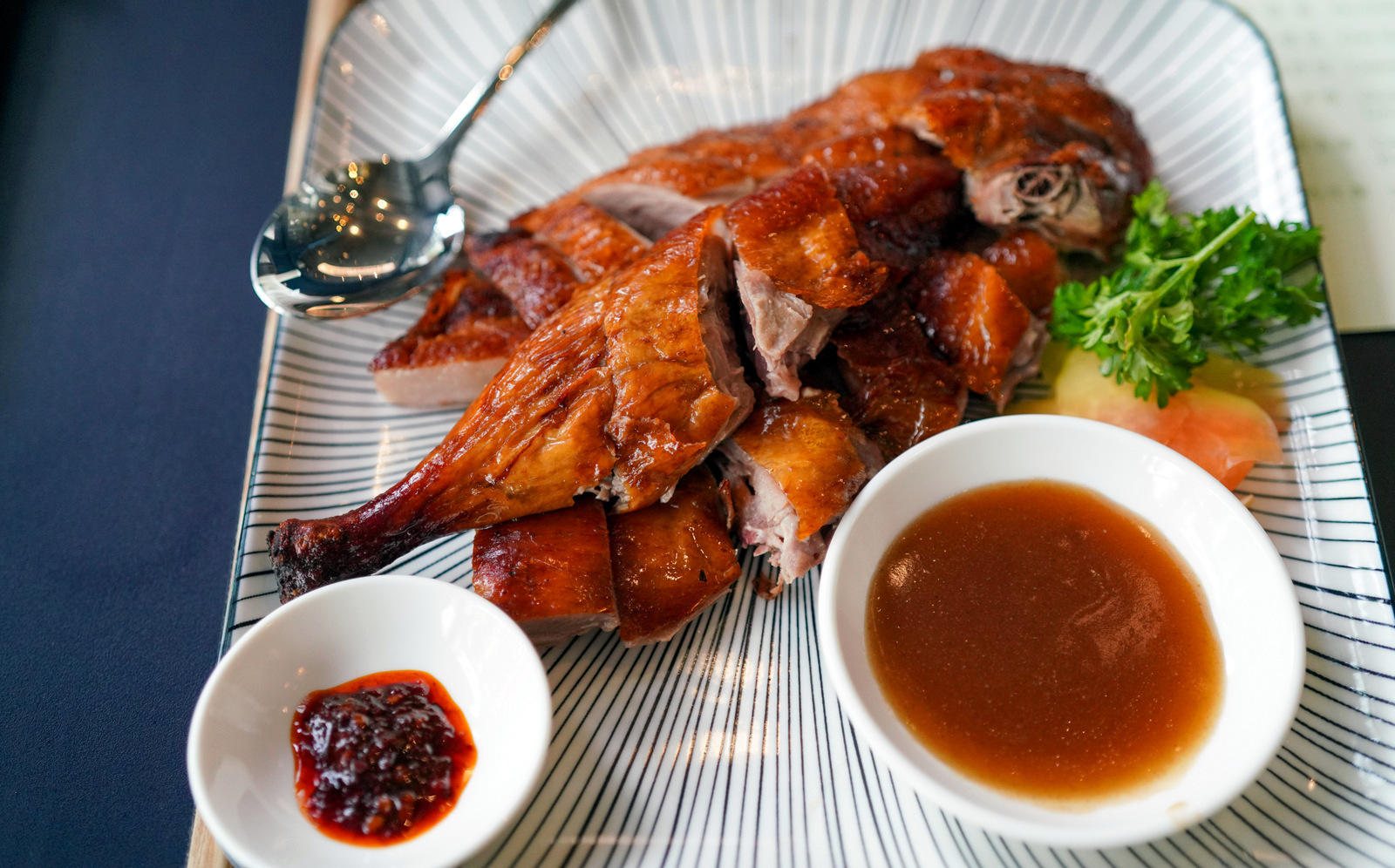 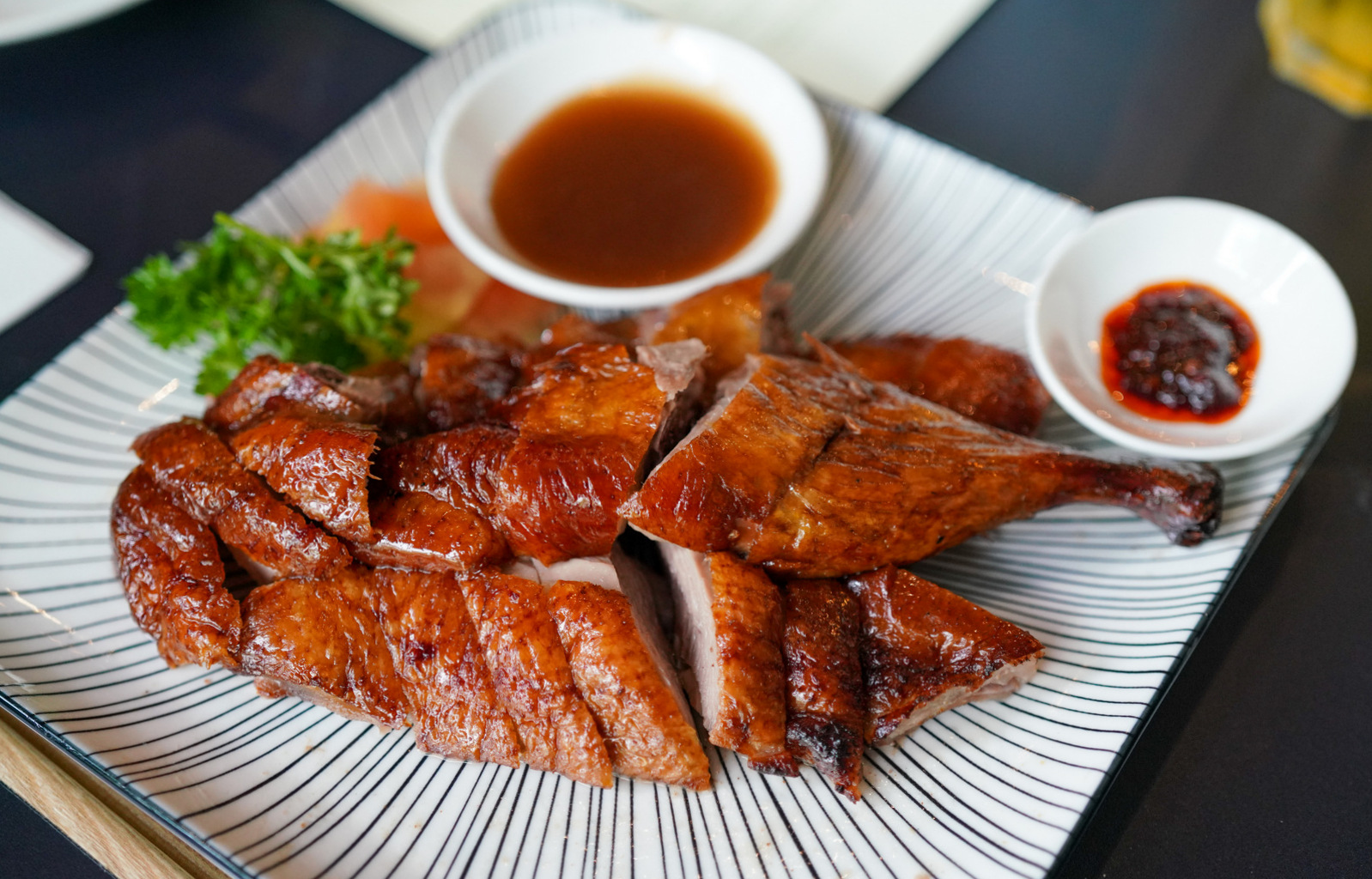 Dim Dou’s duck is noteworthy even before it reaches the restaurant, sourced from a Perak farm where ducks are bred till nearly 2.5 kilograms in weight – 10% heavier than typical. Perfect for full-bodied poultry pleasure, with more meat to bite into.
Despite its larger size, any aggressive gaminess in this fowl is tamed subtly and soothingly with angelica roots, complementing the bold-flavoured meat with comfortingly familiar herbal undercurrents.
The crackly-skinned duck is air-dried and roasted classically, but a bonus step is taken when you order: It’s finished for five minutes in a powerfully versatile cast-iron oven, maintaining moisture and enhancing tastiness. The result is charcoal-warmed meat that’s firm but still succulent, with a fresh, lightly fragrant sultriness that cuts to the core, closer to the bone.
For Chinese roast duck fantasies made flesh, this is worth the trek even from the other side of the Klang Valley, balancing primal carnivorous allure with earthily calibrated, naturally nuanced aromatics. RM46 for half a duck suffices for two to three persons; whole-duck portions clock in at RM78, alongside single-serve drumstick (RM26) or wing-breast (RM23) combos. 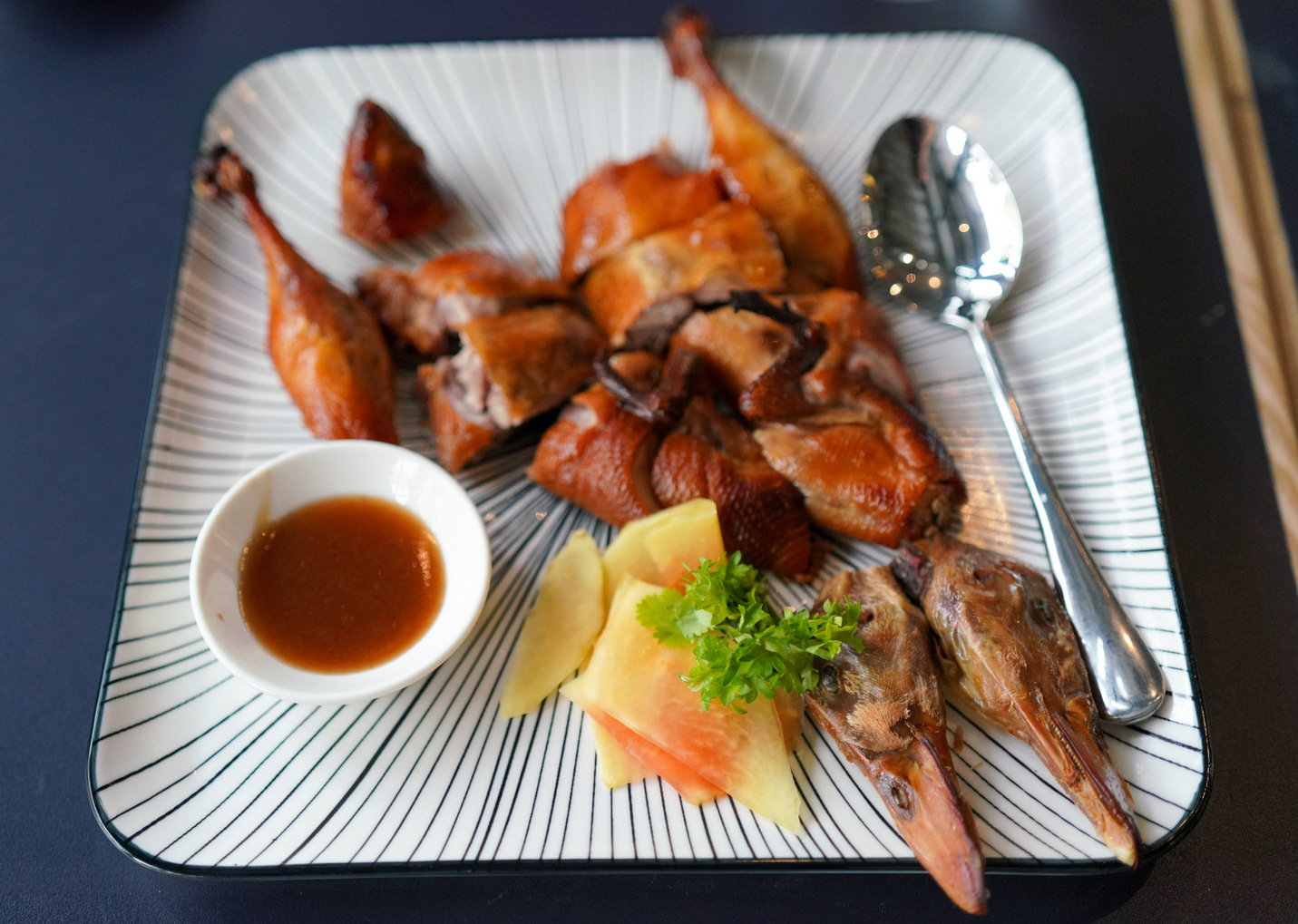 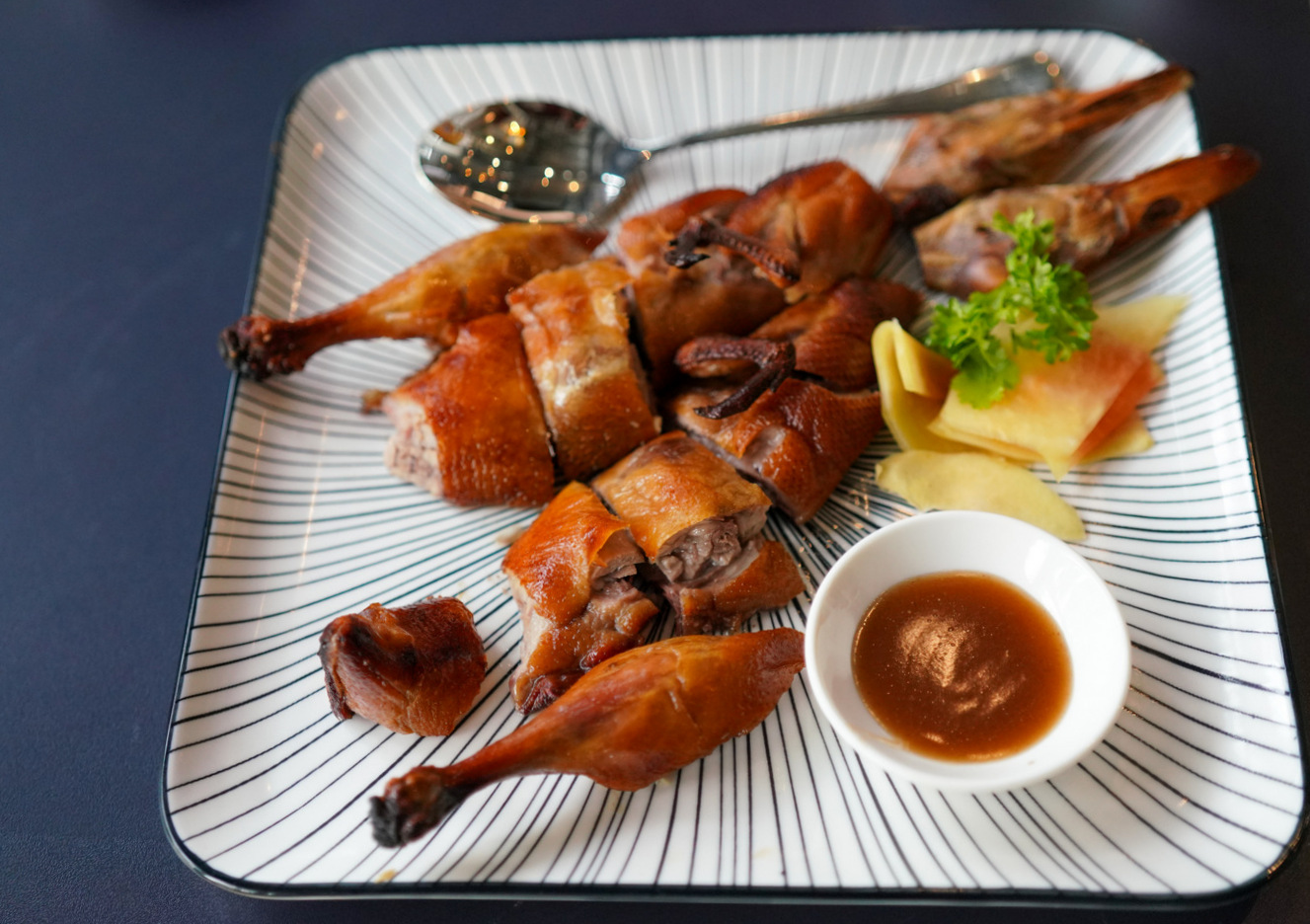 For a diversity of duck, Dim Dou also offers everything from Peking duck with pancakes and duck bone broth to prince duck. The former was not yet available when we visited, but we were royally pleased nonetheless with the latter, a bronzed beauty that’s no ugly duckling. Younger, cleaner-tasting duck with less depth but a little more lusciousness, with lots of thin, crisp skin to savour with each mouthful of richly juicy roast meat (RM48; enough for two persons). 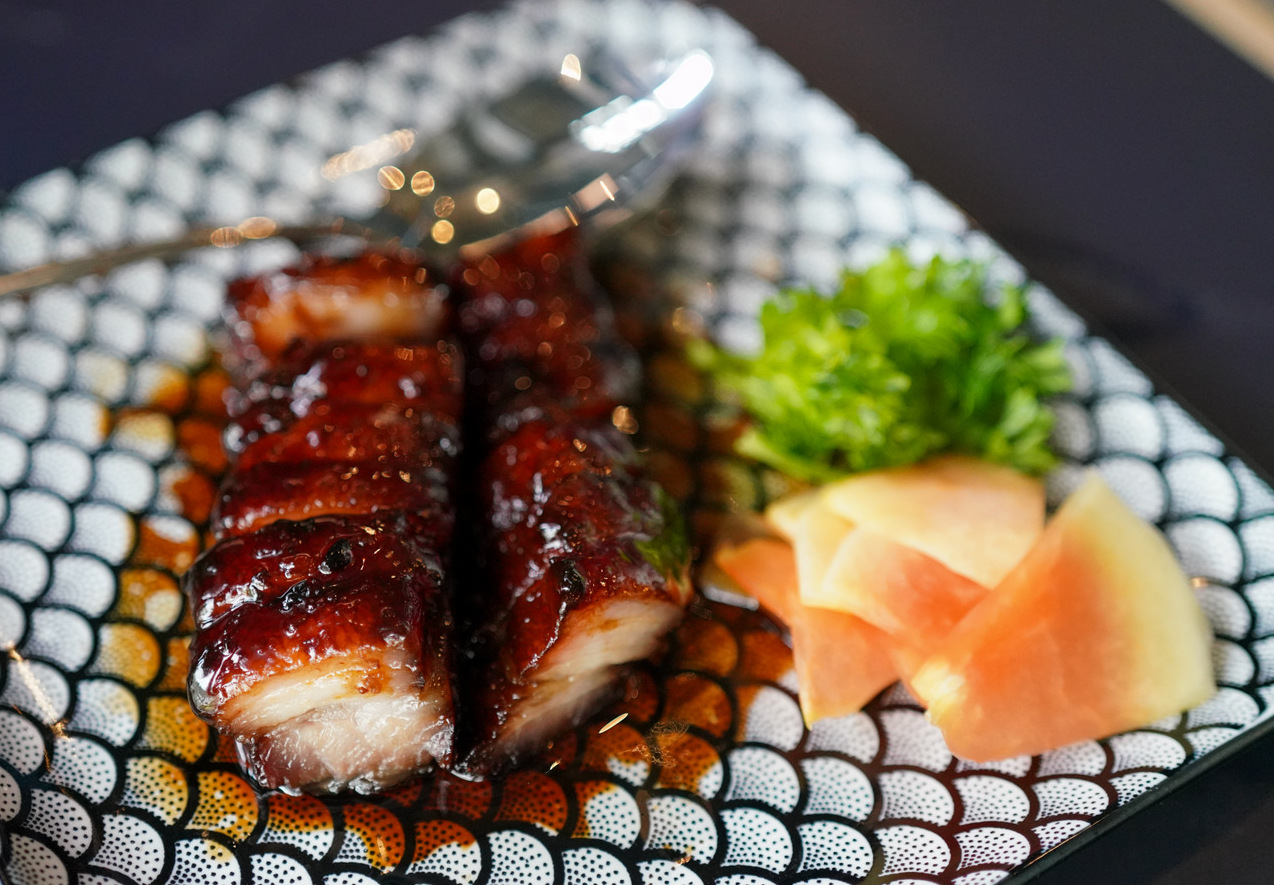 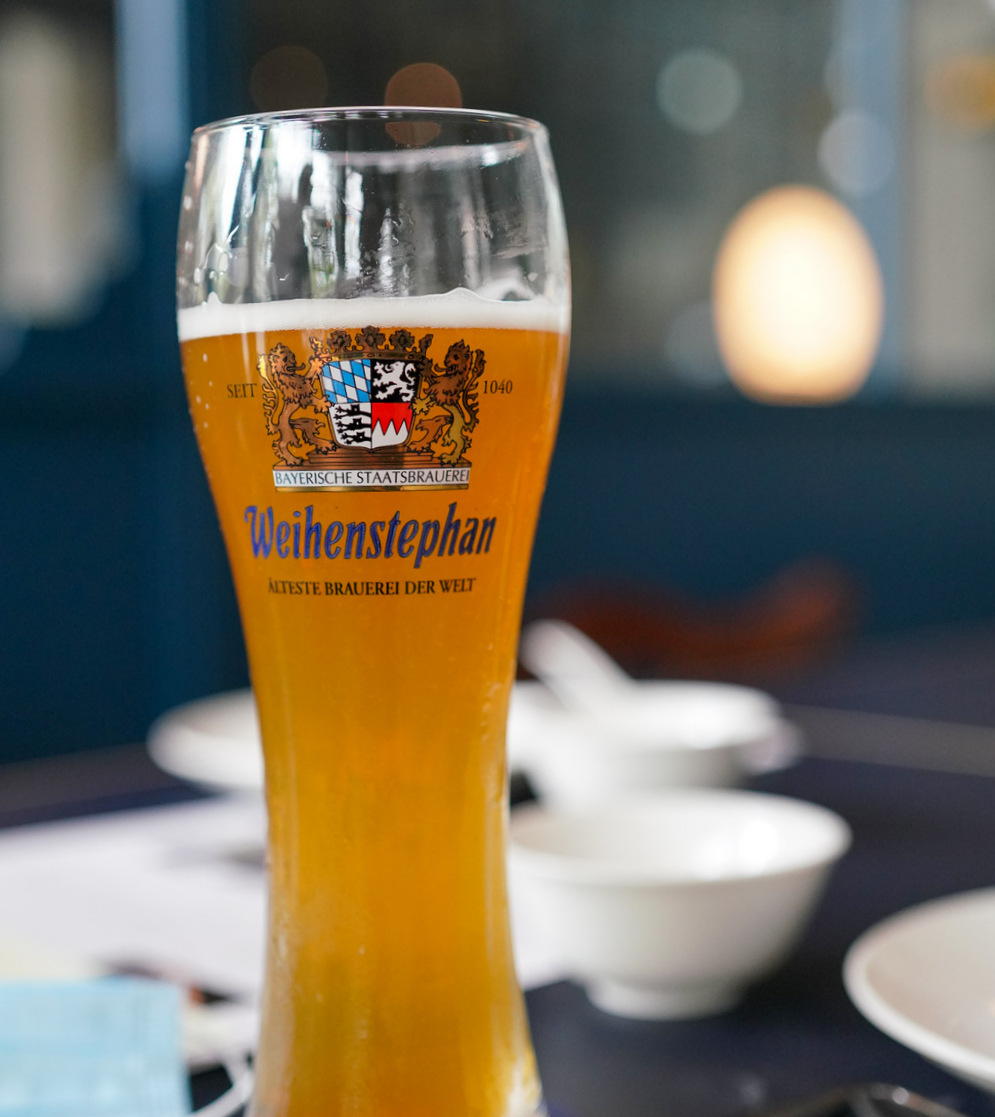 Dim Dou’s roasts are so coveted, its siu yuk was sold out by the time we arrived at 2pm. Thankfully, char siu was still in stock (RM28) – robustly, decadently caramelised, currently yielding a solid chew that the kitchen is still fine-tuning to achieve melt-in-the-mouth sumptuousness. Wet your beak with German beer to pair with the Bertha-barbecued pork (wine will come soon). 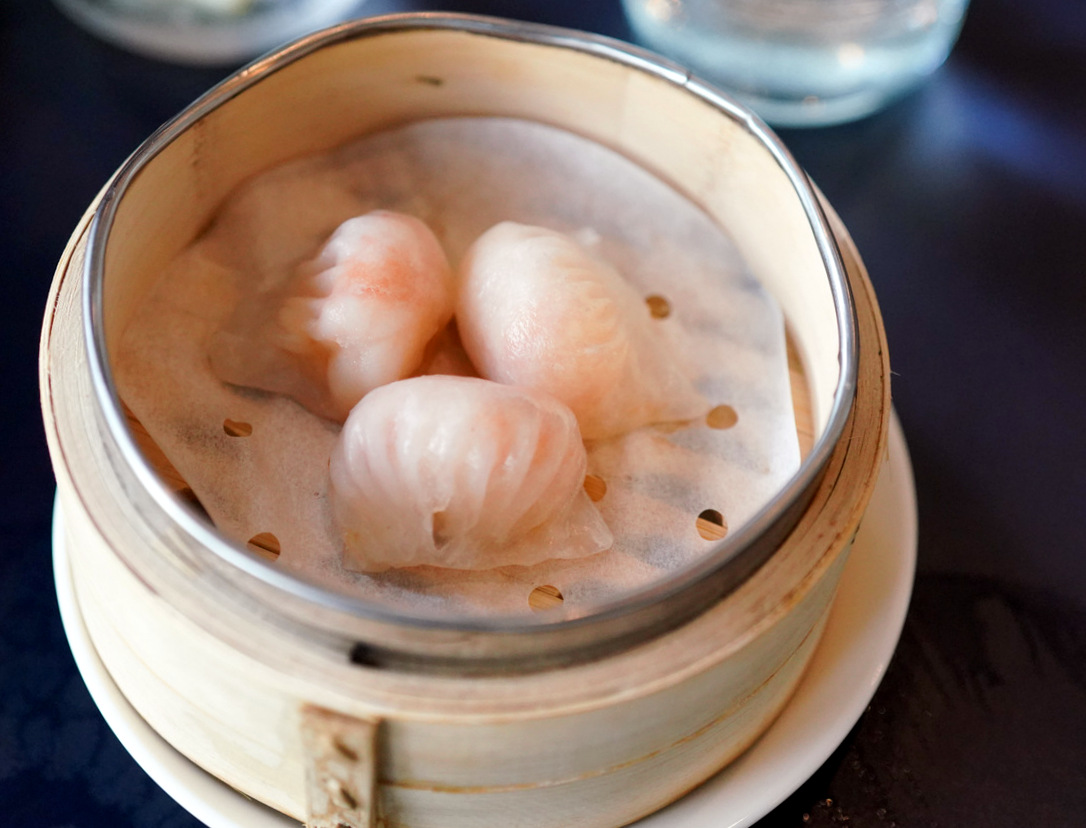 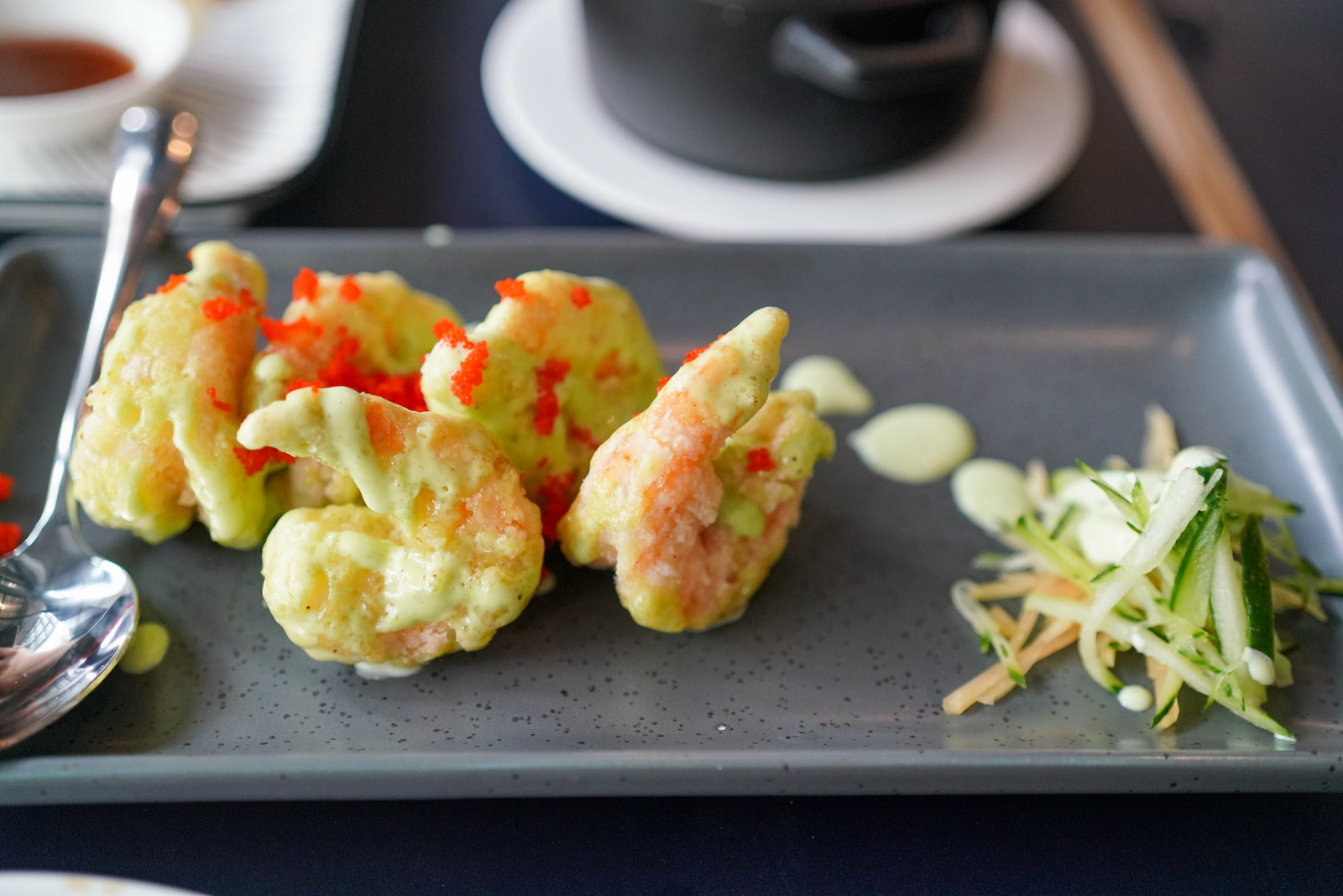 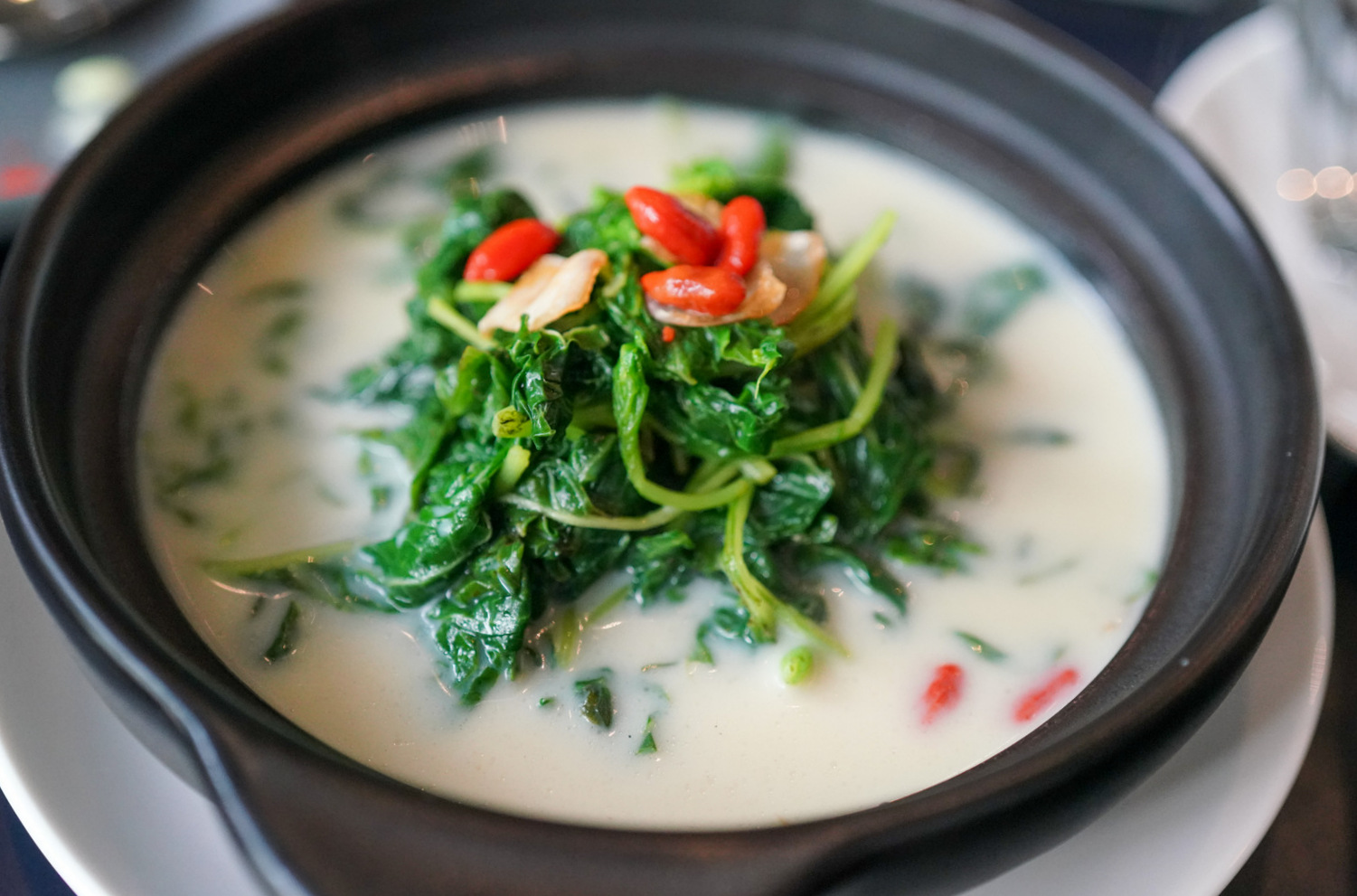 You don’t have to like duck to make Dim Dou a destination: Construct your own modern Chinese meal with Malaysian claypot chicken with yam to Hong Kong-style fried seasonal vegetables, plus clams, beancurd, iced fruits and more for a no-holds-barred feast. Intriguing recipes include plump prawns prepared with Vietnamese-style pesto (looks like a wasabi sauce but hits you with punchy notes of lemongrass, lime, coriander, fish oil and green chillies; RM38), and tenderly leafy Chinese spinach with wolfberries in nourishingly thick pork bone pepper broth (RM25). 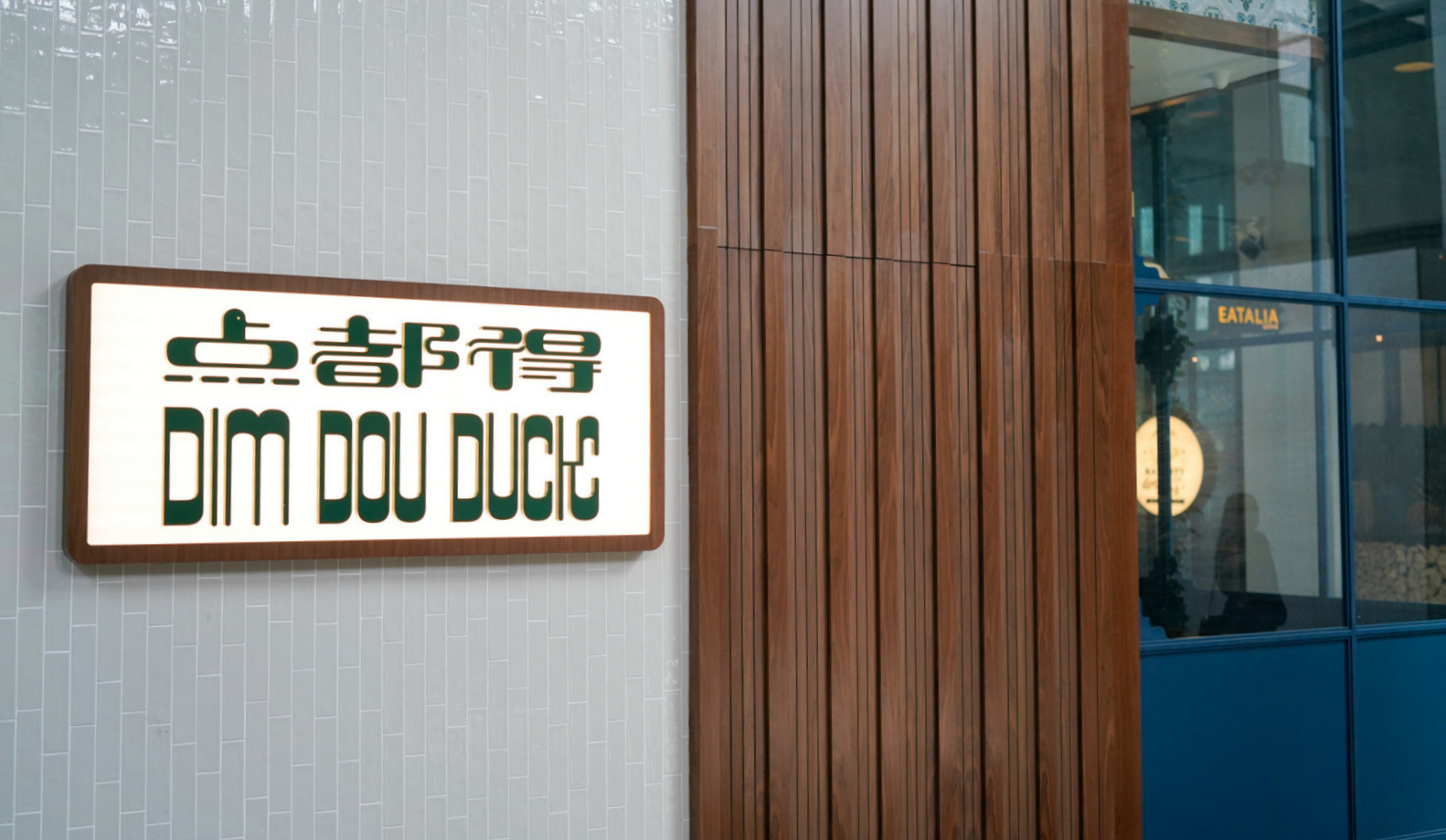 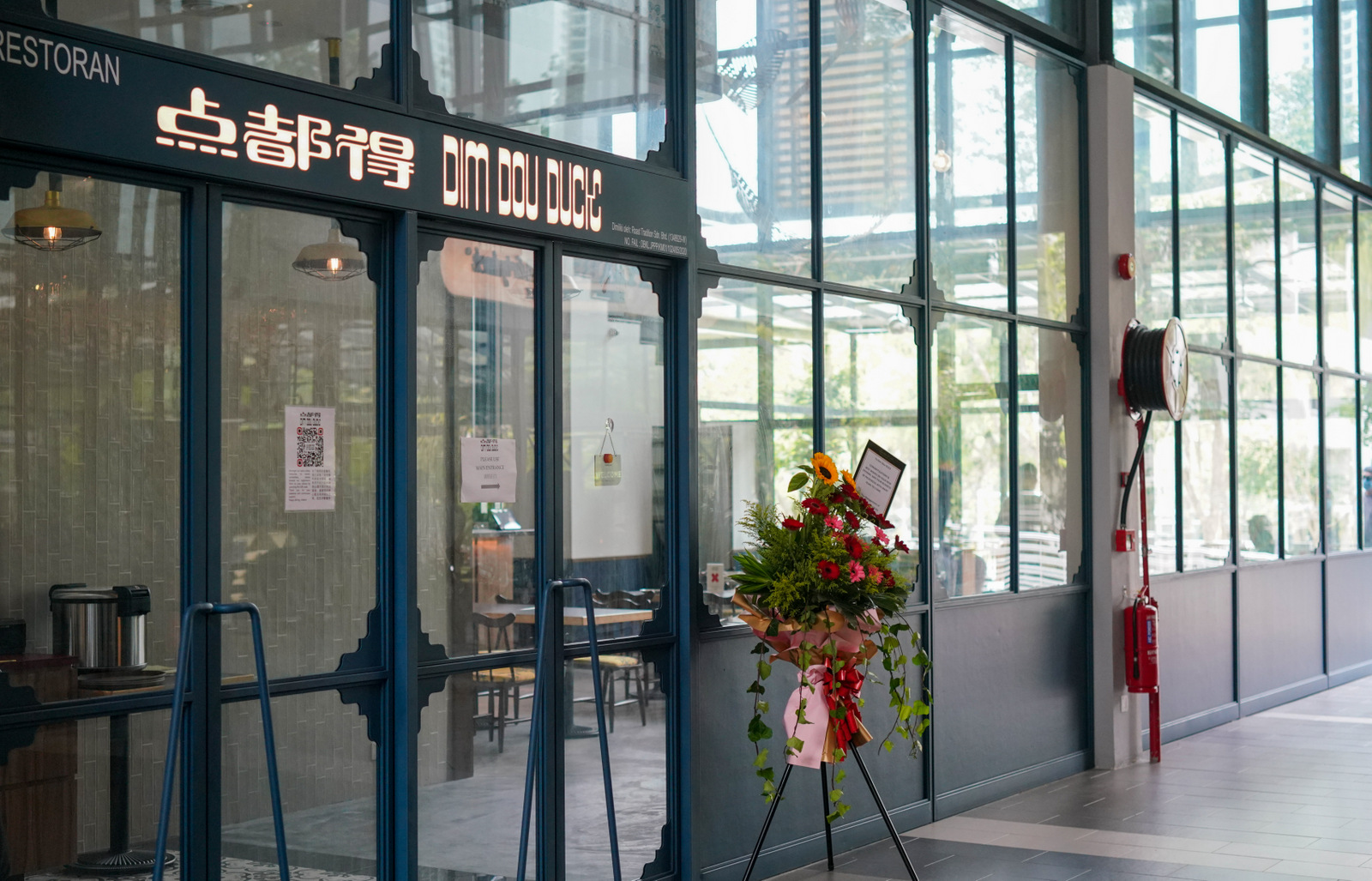